For some reason, after posting the visual inspirations for the characters in Shrouded Flowers on my writing-related IG account (@drmclrdgft_fjad), I ended up creating another versions (yes, with ‘s’) of the covers for the Eight Thorned Blades series. This time, instead of featuring several characters, I decided to featuring the key female characters in each book. It might not have been obvious in the first book, but it’s focused mostly about the key female character.

So as you know (or at least I assume that you know), the first book “Shrouded Flowers” was mainly focused on Kourin Shinomiya (with Morita Suzuka used as a visual inspiration), the surviving princess and current leader of the Shinomiya clan. Or basically, the life and battle that she and the rest of her retainers had to deal with after the Shinomiya mansion ambush in order to end a five-decade-old war between the four clans of the Shrouded Flowers and of the remaining members of the Dark Rose Agency.

The second book “Silhouette Roses” was about the discovery of the forgotten clan first mentioned in SF. Though Kourin and the rest will still make appearances, the story will basically focus on a character named Akari Ayu (with Konno Ayaka used as a visual inspiration) who was, according to some stories, affiliated with the person needed to fulfill the role of “Schwertkreuz”.

As for the third book “Moonlight Irises”, the people here were most likely related to the clan featured on the second book. In this story, the focus and the point of view to be featured here belongs to a character named Konami Iso (with Okubo Sakurako used as a visual inspiration) that has an obvious association with the 20 Iris Blades, a version of the Shrouded Flowers’ 12 Knights of the Sky.

For the final book “Triad Guardians”, it appears to be a story independent from the rest if one will base it on the first three books of the series. But the three clans featured here actually had a deeper connection to the five clans introduced in the first three books. The story will be mostly told in the perception of a character named Shiiko Kaiguu (with Yano Yuuka used as a visual inspiration), an active member of one of the three clans under “Triad Guardians”. But it seems that there was more about her that what she appears to be to everyone. 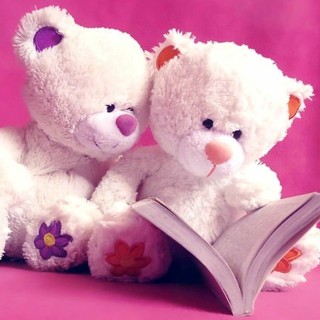